Imagine you are in a park with your husband.  You’re on your cell phone when another woman runs up to you and snatches your cell phone out of your hand.  You are shocked and appalled and turn to your husband for his reaction and support.  But, your husband says:  “Come on, honey, you should share your phone with her.  Be the bigger person here and let her use your cell phone – you know, it’s the right thing to do.  I’ll be so proud of you if you do the honourable thing.”   All the time, you are thinking:  “This woman has just assaulted me but, instead of standing up for me, he’s taking HER side.  I want to call 911 to get some help.”

Now, here’s another scenario:  you’re at the park with your 3-year-old.  He’s in the sandbox having a great time with all his cool sandbox toys that you have brought along.  Another child in the sandbox grabs one of your child’s toys, your child starts to cry and tries to grab his toy back.  Conventional wisdom tells us we should encourage our child to “be the bigger person” and give the toy to the other child.  But, what would happen if the roles were reversed?  Your child is the one who grabs a toy? In that case, what constitutes being “the bigger person?”

Most of us feel that the right thing to do is to encourage our children not to take other children’s belongings.  In order to develop empathy, we try to help our children understand how the other child is feeling about having his property taken from him. But how many of you, when the roles are reversed, will often encourage your children to relinquish their toys to the “grabber?”

There is an obvious disconnect here between how parents feel about the behaviour of other children and the behaviour of their own children.  Since, in this part of the world, we have lost “The Village” it has become unacceptable to criticize the behaviour of someone else’s child.

Why do we impress on our children that it is “noble” or that they are “taking the high road” by surrendering their possessions to another child?   We don’t necessarily expect this “nobility” from other children but we do expect it from our own children.  Why??

In many daycare settings children are constantly being told that they must “share” and they are made to feel inadequate if they don’t.

Why do you feel that it is important that your children share?  Many parents feel that their child’s ability to share is connected to other desirable social skills, such as being empathetic, developing good relationships with others, being unselfish, being giving and caring.

But, we need to look at what we actually mean by “sharing.”   Sharing can mean a voluntary, generous action on the part of the child generated by his own genuine feelings of empathy towards another child or it can mean that that he has been forced, either physically or through intimidation to surrender his possessions.

When the sharing is voluntary and without coercion, it can be one of the most satisfying experiences for a child, or for an adult.  The “sharee” gets the enjoyment of the shared object, given willingly and with a good spirit and the “sharer” gets the satisfaction of the “sharee’s” pleasure and gratitude.

On the other hand, if the “sharer” is forced to surrender his possession, he only feels resentment to both the “sharee” and the person who has forced him to surrender.

Although “force” may seem like a strong word here, our children are so eager to please us and are so tuned to our every reaction that, even if we are not stern in our request to share, a sigh or an eye-roll of disapproval can be enough to get them to do your bidding.

If you force your child to surrender his possessions, it has exactly the opposite effect of what you want.  It doesn’t encourage her to feel empathy for her peers, it actually makes her regard her peers as threats.  So, instead of looking at other children as potential friends and playmates, your child may look on other children as intruders who may be allowed to take her belongings without her permission.

If your child is intently engaged in an activity with his toy and you force him to surrender it to another child, the message you give him is that his needs are not as great as this stranger child.  You are telling him that what he is doing is not important, that at any moment he could be expected to give up his possessions and that the expectation of the adults in his life is that he should surrender his possessions to anyone who demands them.

But, the damage is not limited to the child whose toy is taken. The message that the “sharee” receives is that it’s okay to take things from other children against their will and without permission.  He learns that, if he creates a scene when he doesn’t get what he wants, then an adult will take his side and give him whatever he wants.  The message will not be that he should respect the rights and personal space of the other child, to empathize with his feelings, or to control his impulses to grab things!

We are not saying that sharing isn’t a good thing – it’s a wonderful thing, but the spirit and desire to share has to come from the child – we cannot and should not impose it on our children.

When your child knows that you have her back and will be her advocate in difficult situations then that understanding that you show her is a model for her to treat others in the same way and allows her empathy to develop naturally.

On the other hand, if a child’s genuine hurt and distress is not listened to or acknowledged and he is forced to surrender his belongings against his will, this will foster resentment and feelings of vulnerability.  If he acquiesces and grudgingly relinquishes his toy, he will probably be praised.  The message to him then is, that if

he does some things that go against his will, he will be praised and encouraged to feel morally superior.  He then has to figure out the conundrum of right and wrong because this is such a mixed message to him.

We have to think about the message we are sending to you children.  Think about the occasions when you have shared with other people.  Generally, we’ll share possessions that we don’t need in the moment.  For example, a girlfriend might ask to borrow your spectacular evening gown for a special event.  You are happy to lend it to her because you don’t need it at that moment.  You might even share something that you DO need with a friend because you care more about her than the object.

We feel that sharing is not something that we should actively cultivate in our children.  Our children don’t develop strong social skills by being forced to surrender their toys in mid-play.  Our children can develop strong social skills when we extend to them the same respect for their belongings as we expect for our own.  By this, we help them to view other children as potential playmates, as fellow human beings with something meaningful to offer, rather than unwanted sharers who may interrupt them at will and take their things, all with the adults’ blessing. 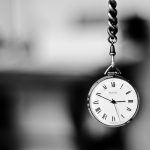 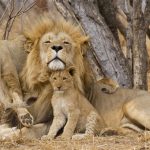 Be The Alpha For Your ChildrenTips for Parents