There are many reasons why children can benefit from learning a second language at an early age. Maria Montessori identified that children go through a Sensitive Period for Language from birth to six years of age.  Thus, this period is the optimum time to introduce children to reading and writing, not only in their native language, but also a second and even third language.

Children who are introduced to a second language before the age of six are better able to absorb the pronunciation, grammar and syntax since their brains are wired at this time to acquire language.  It has been shown that acquiring a second or third language improves brain function, divergent thinking, cognitive development and stimulates creativity.

Languages such as English, Spanish, French and Italian have words that share the same Latin roots and consequently children are able to make connections and understand words better when linking them together with recognized similarities.

Young children tend to be less self-conscious and concerned with making mistakes with pronunciation and syntax, thus they can progress faster towards fluency.  They also tend to have greater enthusiasm and passion for learning, making it easier for them to explore new ground.

Being bilingual opens doors and creates more career choices.  It also instills in the child an interest in the country whose language he is learning and this leads to a whole wealth of information and knowledge about another country’s culture.  This contributes to Maria Montessori’s ultimate goal – peace in the world. 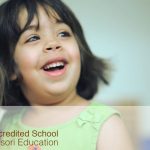 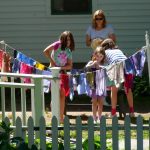