The Truth About Screen Time For Toddlers

The presence of screens in the lives of parents and children has never been more commonplace in our increasingly digital world. Even though screen time can be used to learn, communicate, and relax, the studies surrounding the negative effects of too much exposure to screens on the development of children is cut and dry.

Too much screen time can delay your toddler’s development

A study of 2,441 mothers and their children, conducted in Calgary, Alberta, found that “Higher levels of screen time in children aged 24-36 months were associated with poor performance on a screening measure accessing children’s achievement of developmental milestones at 36 and 60 months.”

In other words, too much exposure to screens for toddlers between two and three years of age led to developmental delays in children between three and five years of age.

On average, the toddlers in the study were viewing screens (of all kinds) for two to three hours a day.

Time recommendations based on age

The American Academy of Pediatrics recommends limiting toddlers and young children to under one hour of programming per day — this includes television, mobile phones, and personal computers.

Below is an outline of how much screen time you should allow your child to be exposed to depending on their age:

Less than 2 years: No screen time at all

Did you know that Mark Zuckerberg and Bill Gates did not let their young children use social media? In fact, there is a trend across the tech world that saw many of Silicon Valley’s biggest, brightest minds advocate for social media (and screen time) abstention for children.

Because social media can be detrimental to the mental health of children. This is no surprise given that social media is programmed to be addictive, makes us compare our lives to others, and allows bullies the opportunity to harass 24/7/365.

Minimize screen time as much as possible

In the age of lockdowns and remote learning/working, interacting on a screen can be more common than interacting in real life.

While common sense needs to be exercised when it comes to your child and screens, try not to let them exceed their recommended daily limit. If you have any questions about electronic devices and children, make sure to get in touch with us! We’ve witnessed the impact increased time on phones, tablets, and computers has had on children over the years and we would be happy to share our knowledge with you. 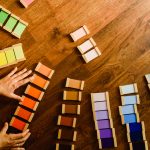